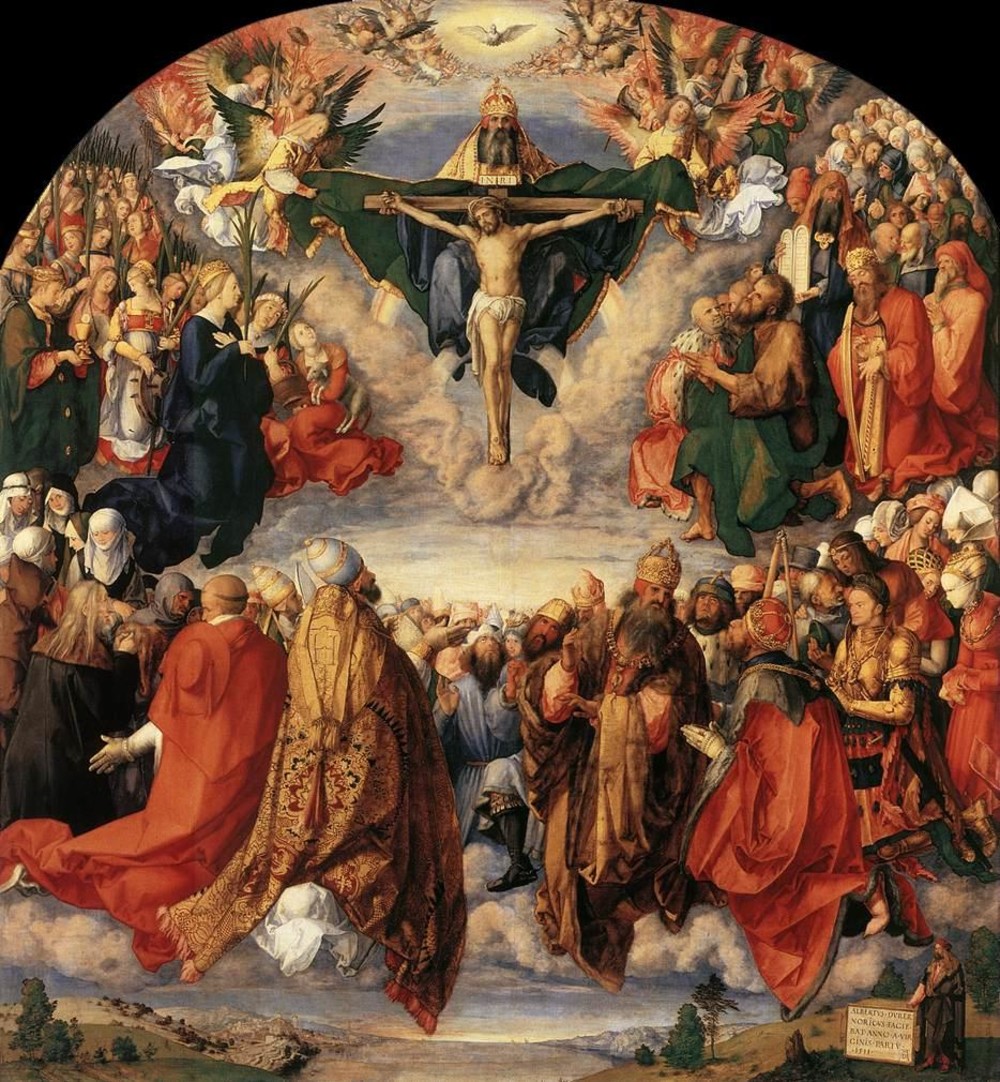 Welcome to The Catholic Faith Video Series.  This is a 9-session overview of the Catholic faith centered around the theme of communion.  Whether you are well catechized and looking to deepen your faith or you are interested in gaining a better understanding of Church teaching, this program is intended for you.  Itwill show you that the meaning of everything the Church teaches can be understood in terms of restoring the lost communion with God for which He made us.

Each session includes a presentation approximately 40-minutes in length.  A majority of sessions have the main presentation divided into two parts to facilitate groups meeting for just one hour and who desire more discussion time (scroll down if you do not see the entire page on your screen).  At the bottom of each session's page, you will find in most cases, an optional question and answer video for that session that can be viewed individually or as a group.

At the bottom of this page, you will find a FAQs page answering some common questions about this series.

Session 3: Communion Gifted and Lost: Trinity, Creation, and the Fall

Session 4: Communion’s Obstacles: The Human Person and the Effects of the Fall

Session 5: New Opportunity for Communion I: the Incarnation and the Passion

Session 7: Events of Communion: The Liturgy and the Sacramental System

Because man is created in the image of a total Self-giving God, man’s dignity is more fully revealed and his potential more fully actualized, the more he succeeds in perfecting himself in selfless love. It is only when one misunderstands selfless love as giving to others whatever they want, even to the spiritual detriment of both persons, that personal dignity would be undermined. Authentic, selfless love is willing and acting for the authentic good of the other (body and soul) regardless of worldly self-benefit.

2. Can you define again the Trinitarian paradox mentioned in the program?

The Trinitarian paradox is the fact that we become more and more who we are created to be by giving ourselves away (total self-gift) the more we give ourselves away. It is only a paradox because in our fallen state we are inclined to the erroneous impression that we fulfill ourselves by taking from others (i.e. “using” them for our self-benefit).

3. What is St. John Paul II’s “phenomenological method” mentioned in the Facilitator’s guide?

Phenomenology is a philosophical system uncovered by the German mathematician Edmund Husserl. St. John Paul II learned this system primarily (but not exclusively) through the thought of Max Scheler. Phenomenology is an approach intended to overcome the skepticism about man’s ability to trust the knowledge he gains from his senses, a skepticism which had become dominant in the German philosophical academy of the 19th century. While many practitioners of phenomenology tend to adopt some of the faulty premises of modern philosophy, St. John Paul II does not. He simply uses phenomenology as a method which allows him to distinguish among the different contributions to one’s personal experiences, what aspects of the experience are universal due to our common human nature and which are private due to our individual temperament and our personal history of experiences. He incorporates the universal, dynamic experiences into the Thomist metaphysical tradition (which many Catholics have heard of at least in the traditional description of sacramental validity in terms of form and matter). Background in phenomenology is sometimes very important in more fully understanding much of St. John Paul II’s writings.

4. Why haven’t I heard the faith explained in this way before?

As the Church matures, so does the depth of understanding Jesus’ revelation to her. This presentation is due in part to this supernatural deepening of understanding. Another reason is due to the fact that many societal changes have begun to undermine the effectiveness of traditional approaches to convincingly presenting the faith to contemporary people. These changes have also raised new questions to be addressed. In order to address these challenges, theologians have gone back to original sources of divine revelation in order to reformulate the traditional responses to take into consideration contemporary ways of thinking, to present the faith in ways meant to overcome modern skepticism and to address the new questions in manners which help contemporary minds more clearly see the truth and relevance of the faith. This is what St. John Paul II asked for when he said the new evangelization must be new in means of expressing the faith.

5. Can you explain hylomorphism again?

Hylomorphism is a philosophical theory discovered by the ancient Greek philosopher, Aristotle. Aristotle observed that to explain adequately the nature of things in visible reality, every unified nature must be composed of an immaterial aspect he called a “form” (or morphe in Greek) and matter (for which he used the Greek word for wood, hyle). The making of these words, one single word signified the unified nature of the entity. For the human person, the form is the spiritual soul and the matter is the body. What hylomorphism reveals about human beings is the seamless, integrity of human nature. We are not composed of two parts; rather, we have one unified, integral nature. St. John Paul II described this integrity by saying that the body makes the soul visible. In other words, when we see the body, we see the soul. When we touch the body, we touch the soul.

6. What is the origin of the visual model for creation coming forth from God and returning to Him used in the program?

This model had many influences but its most fundamental influence comes from early Greek Christian Fathers of the Church who referred to man and all of creation coming forth from God with the task of returning it all to Him as the exitus-reditus. This tradition influenced many theologians throughout the history of the Church, to include some notables as St. Thomas Aquinas in the Middle Ages and Joseph Ratzinger (Pope Benedict XVI) in contemporary times.

7. Is this approach consistent with the tradition and the Catechism of the Catholic Church?

Yes. This approach is based upon the tradition and uses the formulations presented in the Catechism as primary points of emphasis. Of course, the Institute submits this program to the judgment of the Magisterium and will withdraw anything if it should be shown to be contrary to the faith. It is the judgment of the author, David H. Delaney, PhD a competent theologian mandated by his bishop to teach in the Church that this program conforms to Church teaching.

Made for Communion Trailer