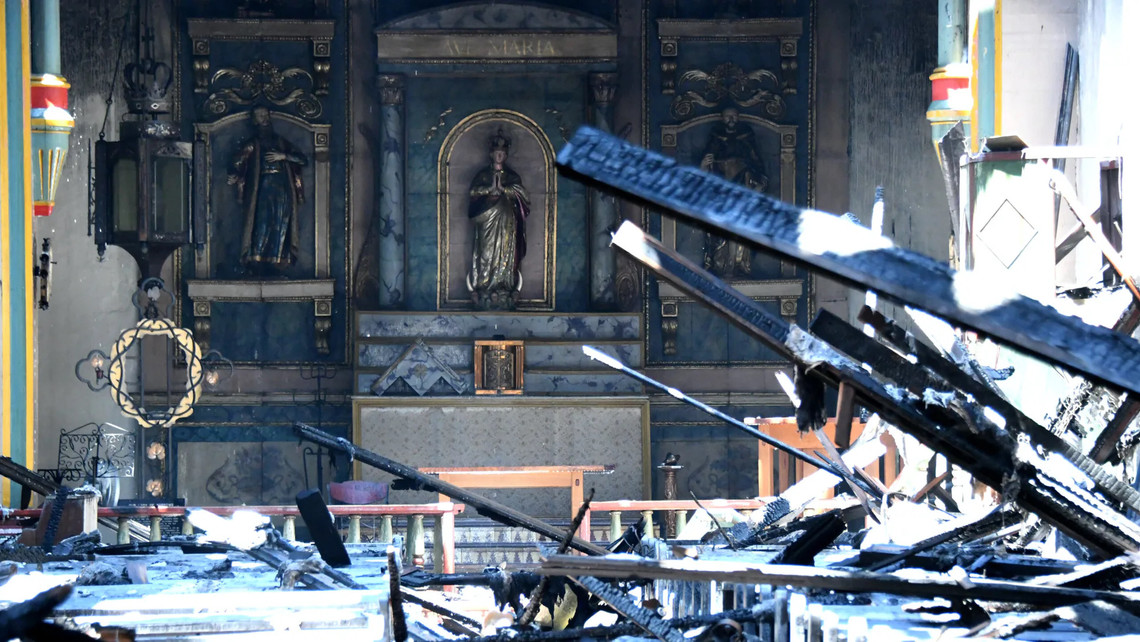 We recently read a review of Joshua Mitchell’s American Awakening, a book which provides an analysis of the current dysfunction in US society.  In particular, the review focuses on the phenomenon of scapegoating as explanatory for what is commonly called identity politics.  Of course, such politics overlaps with so-called woke-ism and cancel culture. All three have the same goal, to impose a new orthodoxy by demonizing and then destroying the prevailing societal system.  It does so by reducing it to the worst of its history in order to undermine its legitimacy, requiring its elimination and everything for which it stands.  This strategy is an effective one for eliminating all resistance to undoing the current system in order to inaugurate a promised new utopia.

The main point of the review is that identity politics et al., are dysfunctional attempts to replace Christian doctrine with secular (i.e. Godless) substitutes.  Setting aside the legitimacy of Christ’s Atonement as a manifestation of scapegoating, the latter is indeed a prevalent human phenomenon. Nevertheless, we would argue that scapegoating is only one manifestation of a more fundamental human tendency which is, at its core, contrary to human nature and personal flourishing.

This more fundamental tendency has an omnipresence in human experience, which is explained by the fall and by spiritual warfare.  The more fundamental temptation begins when one attempts to exert his will capriciously but is thwarted in doing so by a superior authority.  Temptations immediately arise to resist the authority.  If we consent to them and continue to pursue our previous course of action, we are left with the problem of overcoming the superior authority.  It is the same fallen phenomenon by which the terrible two's arise in childhood development and teenage rebellion arises against parents (which by the way, well characterizes our contemporary situation among all too many of the predominant chattering class in popular media). At two, the response is: “no, me.”  In the teenage years, it is: “that’s unfair; why do you hate me so much?”  In a society filled with spoiled brats, it becomes identity politics.

When the authority is social, political, governmental, or religious, the tempters’ strategy is to influence its targets to reject and eventually demonize the authority.  It begins by demeaning and caricaturing the authority, its ideas, and policies.  This is followed by blaming the authority for its real limitations, then for all of society’s problems, and finally the proposition is raised that eliminating the authority is the real and only solution to all of life’s problems.  Quickly, this movement of demonization to destruction is applied not only to the authorities themselves, but then to those who support them, and finally to anyone who will not agree that the “enemy” is evil and must be destroyed.

Its root is in a fundamental demonic strategy to cut ourselves off from the “other.” When we do so, we to turn in ourselves and justify this as necessary to protect ourselves. The strategy takes the natural inclination toward justice and deforms it through suspicion of others, quickly becoming demonization of the opposition.  Demonization is the necessary step to justify the final step of pogroms against "all those to be held responsible."  Satan has been using this tool from his bag of strategies against Christianity since Pentecost. Because it is demonic, it will eventually “eat its own.”

Christianity experiences this demonic strategy initially in the Roman persecutions of Christians and the Catholic Church. While it is not a prevailing societal authority, the early Church is a moral authority to which Nero and other emperors turn to explain their own sins and failures.  It arises within the Church in Satan's most serious successes in the Eastern schism and in the Protestant Reformation. It then attacks the intellectual and social structures of what remains of Christendom with the Enlightenment and its necessary spawn, the French Revolution and soon continues is degradation into post-modern rebellion against all that came before. The French Revolution and its Reign of Terror is instructive.  When the cry is to tear it all down, there is no stopping the inertia.  Eventually and inevitably, when the perceived enemy is vanquished the unleashed dogs will turn on themselves.

We live in a post-rational age in which truth is now equated with one's affective wounds (i.e. "my truth"). Rational argumentation is effective for a quickly diminishing minority of the population. This means we are returning to the tribalistic, “might makes right” politico-economic system. Such is most fruitful for maximum carnage.

Satan intends this to eliminate the Gospel message’s presence in society and any hope of those with an open ear from hearing it.  He has orchestrated it well, as the predominant message in the popular forms of media echoes the anti-Christian message.  Today, it is the freedom to be anything other than what God has created man to be.  Even a good portion of Christians are falling prey to its ubiquitous and repetitive presence. The prevailing "wisdom" of today’s rebels is that the only inadmissible option for solutions to today’s crises is authentic Christianity, which paradoxically is the only workable solution.  Tomorrow, it will be an explicit call for its destruction.

The solution as always, is Jesus Christ.  We can best be His effective instruments for transforming society by transforming ourselves.  Fidelity to His teaching, loving witness of His salvific love to the world around us, and prayer and fasting for the conversion of souls is the medicine we sorely need.  Let us make our first intention of our Lenten ascetism, the renewal of Christians’ zeal for evangelization and the transformation of society for the salvation of souls.

Vatican II at 60 and the New Evangelization

Another US bishop has reaffirmed that abortion is the pre-eminent issue in the upcoming election in the United States. This past year, the USCCB... END_OF_DOCUMENT_TOKEN_TO_BE_REPLACED

Fr. James Altman's recent video telling Catholics they cannot be Democrats is becoming a point of contention within the Church . It is a... END_OF_DOCUMENT_TOKEN_TO_BE_REPLACED