The Healthy Maturation of Relationships II 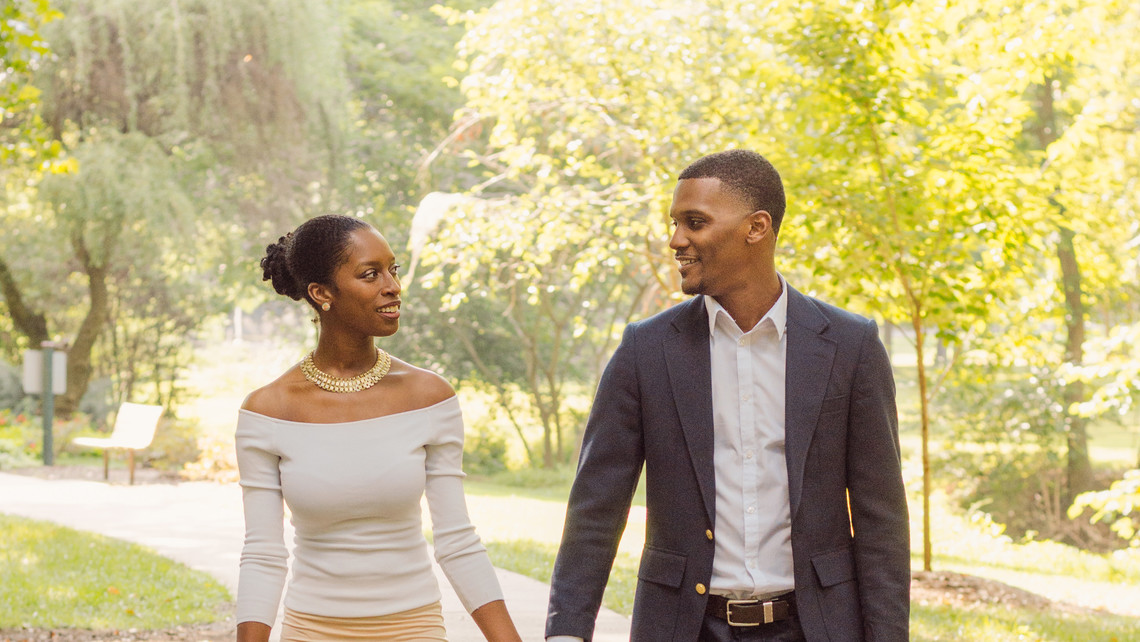 Let's finish our discussion about how to allow a relationship to mature in a healthy manner.  It is important to observe certain limits in the way the couple interacts if they are to keep their relationship from progressing to quickly to emotional bonds that inhibit proper discernment.

During the intentional dating phase of the relationship, many attributes will have attracted the partners to one another.  The relationship and most conversation will likely emphasize areas of attraction and common interest.  Areas of potential conflict will usually be avoided and both partners will undoubtedly be on their best behavior.  Idealization of each other is likely to be quite high during this phase.  It is important to be aware of one’s feelings and to recognize that there can be significant emotional attachment that comes about, even without realizing it is happening.  The emotions that arise from a sense of self-affirmation, fulfilled need for a relationship, mutual attraction, etc. can be intoxicating and may give a false sense of deep commitment and attachment.  One can keep these emotions from taking over if it can be recognized the emotions arise more due to an idealization of the other person than from real knowledge.  Refusing to consent to the unwarranted feelings can keep them from becoming overpowering and thereby impeding reasoned discernment.  Refusing to consent to emotions that are due to an idealized version of the other person will also permit the relationship to mature in a more healthy and natural manner.  A slower progression of the feelings and of the relationship will allow for coming to know the other more realistically and for more freely deciding to deepen the relationship or to dissolve it.  If, after adequate time of discernment, the couple determines that God might be calling them to marriage they should make an explicit agreement to commit to courtship.

Courtship necessarily involves more intimate sharing and this can permit deeper emotional bonds to develop.  This is natural and good, but attention still must be given to not allowing one’s emotional attachment to set aside the patient revelation of each partner to the other.  Allowing oneself to consent imprudently to unjustified feelings will cloud the discernment process.  Again, careful attention must be paid to what one really knows about the one to whom one is committing.  Is one simply consenting to feelings about an idealized partner of one’s imagination or is the commitment to the actual person who has thus far been revealed?  Anytime one realizes attachment has been made to one’s own imaginings, he should immediately correct the mistaken ideas about the other person and affirm only those feelings and commitment appropriate to the relationship’s actual maturity.

Betrothal marks the point at which discernment is officially, if not practically, complete.  The limits of emotional attachment in this period, as well as within marriage will now be what is appropriate to a healthy relationship.  Unhealthy emotional dependence of one partner upon the other is possible, even in marriage.  There are many reasons for this, but if regular absences lead to anxiety or one partner enables the other in unhealthy habits for fear of damaging the relationship, these could be indications that emotional interdependence has become unhealthy and professional help should be sought.

During intentional dating, communication should be honest and candid.  It should also always be chaste and appropriate to the state of the commitment.  Each partner should have the awareness and intention to protect the other from developing premature emotional attachments and unchaste or impure arousal.  During dating, conversation should be somewhat reserved in terms of what is revealed.  What the couple reveals about themselves, their families and their friends should only be that which each of would not mind being publically known.  Remember that at this phase, the couple is coming to know one another and there generally is not a commitment to privacy.  Moreover, sharing too much intimate information at this stage can lead to a false sense of intimacy and emotional bonding that can cause the relationship to develop in an unhealthy and unproductive manner.  Rushing to intimacy in communication will undermine the couple’s ability to avoid idealizing each other and damage their ability to discern God’s will for them as a couple.

The relationship’s transition to courtship is marked by a mutual, explicit commitment to privacy of the information shared.  Nevertheless, the sensitivity of private information should be shared in a manner in which it increases as the couple’s mutual trust and commitment increase.  In courtship, the relationship should continue to develop in a patient and progressive manner, avoiding the temptation to rush the bonding beyond the point to which the relationship has naturally developed.

Betrothal and marriage generally have less of a sense of limits in terms of what the partners share.  However, there is still need for prudence here.  Care must be taken for the maturity and temperament of the other partner.  If the other does not have a need to know certain things, for example information which can lead to gossip, detraction, calumny, innuendo, etc., or if the other has problems with anxiety with uncertainty (e.g. a rumor that there may be layoffs coming at one’s place of business or perhaps even one’s struggle with temptations that can lead to distrust) then out of love one must not share with the other that which will inhibit his path to holiness.  This doesn’t mean hiding things from the other that they do need to know, however difficult that knowledge may be for the other to hear (e.g. if one’s struggle with temptations leads to regular viewing of pornography).  Prudence will be necessary.

During intentional dating, physical contact between the partners must be chaste.  What constitutes chaste contact may vary for partners, but any physical contact that leads to or is likely to lead to sexual arousal or the near occasion of sin is not chaste and must be avoided.  In general, physical affection is not appropriate for a dating couple and should be seriously discerned for a couple in courtship.  Especially in early courtship, it will be likely to rush emotional bonding beyond that which is appropriate.  In any case, any physical expressions of affection must comport with the need for chastity.  For some couples, a short hug or kiss may be fine, while for another couple this may lead to unhealthy arousal.  The couple must be aware of the effect of such physical interactions on each other and guard one another from undue risks.  The same will be true during betrothal.

A felt need for public displays of affection on the part of one or both partners may indicate an issue with insecurity of the person and/or insecurity about the relationship.  The underlying cause for an ongoing sense of insecurity in the relationship is something that must be explored, professionally if necessary.  Certainly, if the relationship proceeds to courtship, unresolved insecurity issues will present problems later if they are not already apparent.

We will say more about limits to physical contact during marriage in a later chapter.  Here, let’s simply note that one mustn’t view marriage a license for “anything goes.”  All actions must still be chaste and ordered to the dignity of the persons, though chastity is different for a married couple than for an unmarried couple.  Tenderness and authentic concern for the good of the other must prevail in all sexual encounters within marriage.

Fr. James Altman's recent video telling Catholics they cannot be Democrats is becoming a point of contention within the Church . It is a... END_OF_DOCUMENT_TOKEN_TO_BE_REPLACED

As the world races to find an effective vaccine to defeat the COVID-19 pandemic, and even before we know if we will have a... END_OF_DOCUMENT_TOKEN_TO_BE_REPLACED

The Catechism of the Catholic Church's (CCC) very readable discussion of contemplative prayer should remind us that it is not just for certain temperaments... END_OF_DOCUMENT_TOKEN_TO_BE_REPLACED