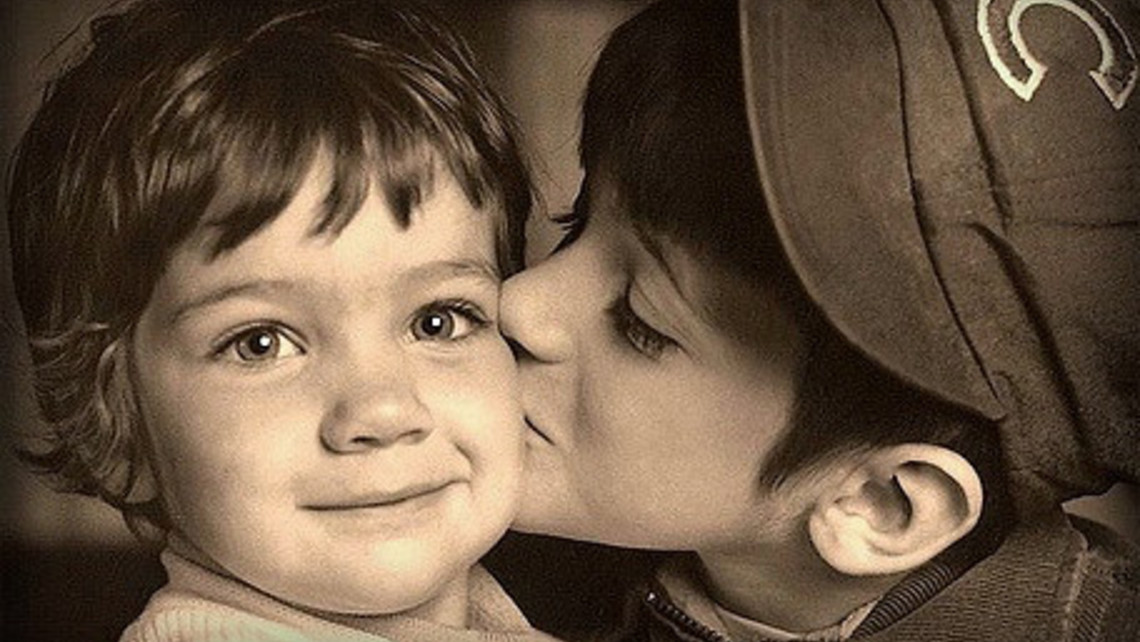 While it may at first seem a bit uncomfortable to consider, there is an important insight for married love that can be drawn from the relationship of brother and sister.  We do not intend to enter the debate about whether the prohibition of marriage between brother and sister is a matter of ecclesial law or natural law.  Rather, let us look at the biblical tradition in which spouses are occasionally referred to as brother and sister as found, for example, in the Song of Songs (it should be noted that in Hebrew the word brother and sister is the only term available to express varying extended family relationships such as cousin, aunt, uncle, niece, nephew).

St John Paul wrote a moving meditation on the Old Testament Book, Song of Songs (see Man and Woman He Created Them, 548-592; [not delivered during the Wednesday, General Audience catechetical cycle from which the meditation comes] 108:1-113:6).  Song of Songs takes the form of a poem which emphasizes the romantic aspects of marriage and suggests their significance for the flourishing of the marital relationship.  In this meditation, John Paul addresses the fact that the spouses in the poem are referred to as brother and sister.  He shows that there are important implications of the relationship of brother and sister which need to be central to the relationship between husband and wife.  Foremost is the security of the sibling relationship, and particularly the feelings of safety of a woman with a man who was born of the same parents, and who were raised together from infancy.

The relationship of a biological brother and sister is sexually complementary, but of course the relationship is not expressed genitally.  Nevertheless, the complementary siblings relate to one another in their sexual value as a man or woman.  This sexual value is an essential aspect one’s personal identity and must not be ignored.  Yet, between biological brother and sister there is security based upon the confidence that one will not be reduced to his sexual value or be valued primarily due the capacity to be sexually exploited for selfish motives.  John Paul sees this especially felt on the part of the woman, but we should point out that both sexes experience it, if at different levels of awareness.

The love of a brother and sister is more easily lived as a disinterested love in which the siblings are not motivated by a desire for fulfillment or pleasure but by the good of the other for their own sake.  While there are certainly difficulties involved with the analogy of these relationships, the fraternal aspect of security due to selflessness is an important one to be promoted within the covenantal marital spirituality.  Focus on selflessness can be a helpful tool to purify the intentions of the spouses.  We can call this a fraternal relationship of love.

A Fraternal Relationship of Love

A fraternal relationship of love between husband and wife can help to foster a selfless character in the relationships within the broader family when children arrive.  This attitude helps to overcome temptations toward competition, and even oppositional attitudes, in the husband-wife relationship (particularly in relation to each person’s sexual value), which can arise from suspicion over suspected selfish motivations by the other.  This suspicion often does not reach the level of conscious suspicion and so the competitive or oppositional attitudes that develop, quickly become relationally corrosive habits that the couple is not aware of, even while the level of tension and conflict rise.  This semi-conscious competition/opposition, if not discovered and checked, will foster similar patterns of behavior among the children.  For the sake of the flourishing of the marriage and the children, a fraternal love must be fostered.

The positive formational effect on the children cannot be overstated when their parents exhibit consistent, selfless, harmonious love.  Moreover, habits of selfless love formed within the family will prepare the family members to manifest this Christ-like love outside of the family as well.  A family living this way will flourish and will be much more fruitful in its vocation as Christian witnesses to the world.

Fraternal love can be fostered by a marital, covenant spirituality which draws attention to this virtue.  Fraternal love will require the spouses embark upon a serious journey of spiritual maturity.  It can be practiced through specific, daily efforts to become aware of and check temptations to be selfish, and to develop habitual acts of selflessness toward one another in the family.  This way of life should be extended to the wider circle of the Church and societal community of which the Christian family is a part.  With such love within the family, parish life and public social life can, and ought to, take on a more family-like character.  Devotions which can help to foster these habits include, those to the Holy Family, St. Monica, St. Pricilla, St. Rita of Cascia, St. Thomas More, St. Valentine, and Sts. Louis and Zelie Martin.

An important new book for the new evangelization, written by one of MAI's fellows Keith Lemna PhD, has just been released by Angelico Press.... END_OF_DOCUMENT_TOKEN_TO_BE_REPLACED

We will finish our treatment of the spiritual life with a short series on prayer and we'll begin by definining prayer. Prayer is a... END_OF_DOCUMENT_TOKEN_TO_BE_REPLACED

Let us remind ourselves that one must not over estimate Satan’s power. He has only the amount of control over our lives that we... END_OF_DOCUMENT_TOKEN_TO_BE_REPLACED