The Ties That Blind 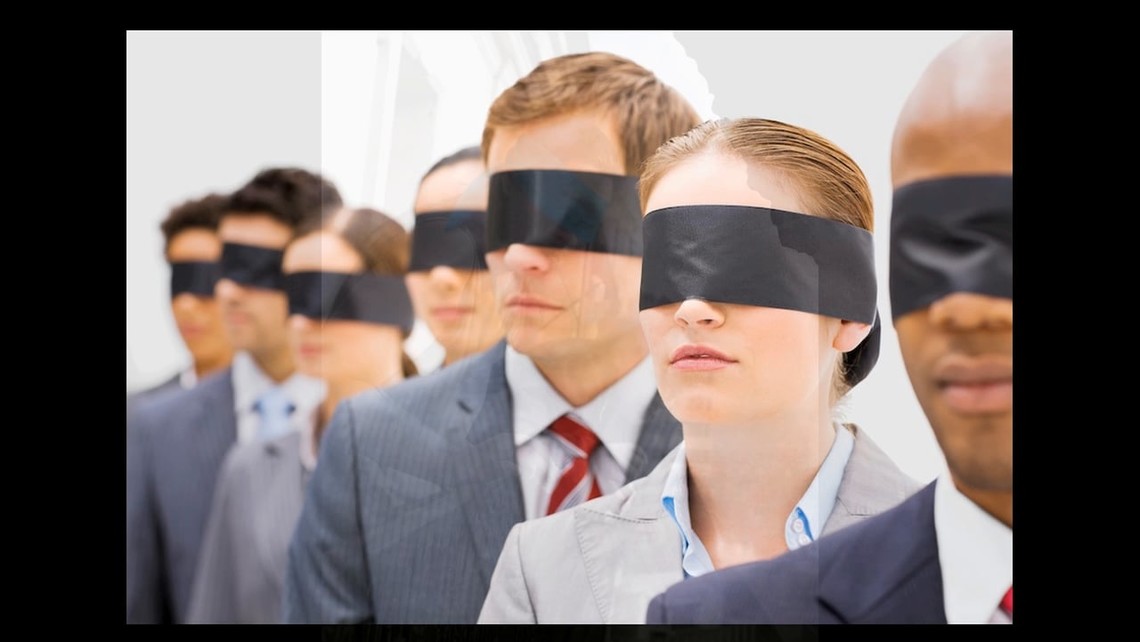 Msgr. Robert Sokolowski, in his brilliant magnum opus, The Phenomenology of the Human Person, demonstrates that human thinking is always an interpersonal activity.  While this may initially seem counter intuitive to us, he convincingly shows it to be true.  What he does not do is to show that it conforms to our understanding of the Trinity and the fact that man is made in Its image and likeness.  This insight has many important implications.

It explains why our greatest insights often come from explaining or teaching some idea to someone…even to ourselves.  It is why those children who are raised in families and learning environments where guided discussion of ideas is highly prized, the children’s intellectual capabilities are also much more advanced.  Where societies develop such an ethos, such as in ancient Greece, great intellectual achievements abound.  The insight also explains why most of what we know relies on our having received it, in trust, from others.

However, because we live “east of Eden,” our minds are darkened somewhat by the Fall and they are even more deeply darkened by our personal sins.  The Fall makes this great gift of thinking as a public act of exchange between persons also an opportunity for erroneous thinking.  When a sufficient number of people who vociferously promote a “new idea” gain a sufficiently dominant part of a society’s bully pulpit they can influence significant and rapid changes in what a society holds to be the truth.  Regardless of the justification for the new idea, when a society begins to be convinced it is the most intellectually convincing (i.e. true) position, the idea will become the new orthodoxy of that society.

We live in a society in which intellectual hubris tends to lead us to intellectual blindness in many areas.  This hubris is perhaps most evident when we hear someone making appeal to something being “scientific” or “factual” as his “evidence” that his claim is true.  Indeed, this often appears to be all that is required today in order to cement one’s position, regardless of whether that position is corroborated by actual empirical evidence.

Intellectual hubris is the death knell of authentic thinking because it refuses to listen to, consider, or make informed judgments about intellectual propositions that contradict what one holds to be true.  Humility is a prerequisite for overcoming false ideas a society has adopted, even if they are relatively new ideas.  There are some fields of inquiry in which humility is difficult to find.

Such is too often true of those who work in the field of the empirical sciences.  Practitioners in this field, whom we often identify with the nebulous title of scientist, can easily fall prey to such hubris, partly because society helps them to do so, and also due to the deep, specialized knowledge which they possess.  In order to demonstrate the intellectual certainty which they believe they uniquely possess, some scientists especially like to espouse their “objectivity” in looking at the scientific data and their skepticism with respect to any and all "ideologies."  Practitioners of and researchers in the field of medicine usually consider themselves to be part of this community and think much the same way.

The truth is that they are human beings and as such, they are as subject to “groupthink” as every other human being.  The field of empirical science does not protect its practitioners from bias or from being coercively prevented from violating the current “orthodoxy.”  This is a common situation because of the nature of human thinking and because of the Fall.  In fact, Einstein himself felt pressured to accept against his better judgment the commonly held static view of the universe at the time, in his general theory of relativity.  He later called this the biggest blunder of his intellectual life.  Today, we see the same kind of group think at play in fields such as systems biology, cosmology and biological evolution.  Another field in which group think raises its head in a frightening way today is that of psychology.

One of the most personally and socially destructive areas of group think influenced change in recent history has been the issue of same sex attraction disorder.  There have been a number of scientists in the field who have tried to point out how the rapid and scientifically inexplicable change which removed this condition as a disorder was in fact, due to coercive group think.

Dr. Rick Fitzgibbons, a psychiatrist and longtime member of the Catholic Medical Association, and a major contributor CMA’s white paper "Homosexuality and Hope,” is one such brave soul.  Over a decade ago, Fitzgibbons detailed in an interview with Zenit how the American Psychiatric Association has wedded itself to such ideologies that prevent it from looking at any evidence which would contradict its ideological pre-commitment. He says that these ties blind it to the medical evidence that homosexual attraction and behavior bring with it serious psychiatric and medical illnesses.

The new evangelization will face increasingly stiffer resistance as societies become more and more hardened in their acceptance of this relatively new “orthodoxy.”  Dr. Fitzgibbons’s interview outlines some helpful advice for what Catholics can do to help stem this seemingly, relentless tide of new opinion.

As the world races to find an effective vaccine to defeat the COVID-19 pandemic, and even before we know if we will have a... END_OF_DOCUMENT_TOKEN_TO_BE_REPLACED

The Catechism of the Catholic Church's (CCC) very readable discussion of contemplative prayer should remind us that it is not just for certain temperaments... END_OF_DOCUMENT_TOKEN_TO_BE_REPLACED

A current great threat to Christian freedom and the social acceptability of Catholics in the West is the so-called Cancel Culture movement. This movement... END_OF_DOCUMENT_TOKEN_TO_BE_REPLACED